Dr. Brian Jude heads up his own consultancy, specialising in the areas of inter-personal skills, selling skills, emotional Intelligence-EQ, communication, organisational behaviour and conflict and stress management. He also heads up an emergency medical rescue organisation and was actively involved in Emergency Medicine for many years.

Brian holds Masters and PhD. degrees, majoring in industrial psychology and has been involved in the fields of training and communication for 42 years, and has trained in excess of 100 000 delegates. He is considered to be one of South Africa’s leading experts on the subject of EQ – Emotional intelligence.

A look at Brian’s client list is like looking at the “Who’s Who” of commerce and industry. Pick ‘n Pay, Transnet, Rennies, Sasol, Dunlop, S A Breweries, Nedbank and Tupperware are just some of the companies that have benefitted from his training programmes.

Brian has conducted training programmes across the length and breadth of Southern Africa, and in many countries around the world, including strangely enough, Japan.

He has appeared frequently on National television, and radio, and has written, produced and directed 76 training videos on various subjects, and published 9 books.

Obviously, a family man, Brian has been married for 49 years, and has two sons, and five daughters. 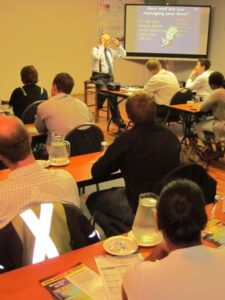 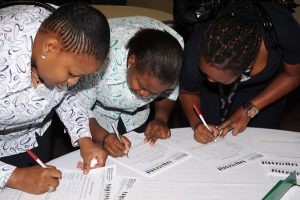 Dynamic Seminars is a training practice dedicated to the development of human resources. It was started in 1980 by our Industrial Psychologist & Trainer Dr Brian Jude. The company has held many company training programs for all types of organisations, both small and large. All of our business seminars and other training solutions are developed in South Africa for South Africans.